It’s so hard to believe that a week has already passed since Kierra left us. It seems like yesterday, and like a year all in one hazy jumble. If I repeat myself through my blogs, I apologize in advance.

Writing is usually a therapy for me but how can sitting at a computer, tapping at a keyboard make a body and spirit weary? It’s amazing to me how tired grieving makes a person. It is hard work. Sometimes I just want to say “Yuck!” and sometimes I want to welcome the pain, because it means I can still feel.

I want to go back a bit to the last days of Kierra’s life and give you a tiny glimpse. On Saturday, we decided to leave the kids with Mark and Sadie while Steve and I went on a little date. They had given us a babysitting coupon for one of the 12 days of Christmas. (I wish I had taken a picture of every one of those 12 baskets, bags, and boxes of gifts to share with everyone. I will forever remember the kindness and love poured out to us in the middle of the cold winter. Especially because deep in my heart, I didn’t really feel like Kierra was really doing OK at the time.)

Back to Saturday. There was a beautiful snowfall over night and the roads were rather treacherous as we crept our way toward Mark’s house.  The children were all excited about being out and about, and so were their Mommy and Daddy! We dropped them off, with instructions about when Kierra needed meds. It was so good to know they would be very well taken cared of and loved up while we were out!

We went to a Farmer’s Market and drank coffee and bought chick peas and veggys and fruit. Ate at Olive garden, browsed Barnes and Noble (and drank more coffee 🙂 and dreamed and planned and sat in silence.

This is how I found Kierra when we returned to sadie’s house.

Sweetly resting in a lovely hammock. She looked so comfy, I didn’t want to move her! But we bundled her up, scooped up her brother, and headed home. I chatted with the children on the way home, asking them if they enjoyed their day. Kobe was enthralled with a fire truck he had played with and Kierra wiggled her head and gazed her pretty blue eyes up in that “I LOVED it!” expression.

A few hours later, after we had gotten home, I was working in the kitchen when I felt like I needed to check on Kierra. You know when you have this 6th sense that starts alarming and you know something is either wrong or about to be wrong? Well, that’s how I felt when I turned from the kitchen counter to glance at her sitting in her tumble form chair on the floor.

I felt silly, checking on her when she was sitting so quietly right behind me. She was just so so so quiet, though. Her cheeks were flushed. When we had gotten home, a few hours ago, I thought she looked pale. Now she was red. And her arms were tightly folded up on her chest, her eyes in a rather starey downward position. All signs that she wasn’t feeling very well. I hurried over to her and felt her head. it wasn’t just warm. It was HOT.

The thermometer read 101. This is very high for Kierra. She normally runs low, so even a fever of 99 means something is wrong. I took all her clothes off, and wiped her face gently with a warm washcloth. I was afar id I would cool her down too fast if I wasn’t careful.  I wrapped her in a sheet and gave her a nice big dose of tylenol. In a few hours, she seemed to be feeling better. I watched her closely until her nurse came at 10PM but she seemed to be feeling even better, and her fever mysteriously disappeared overnight. I heard her ‘talking’ with her nurse that night, telling her all about the fun day at Sadie’s house. She would go on and on in her sing song cooey voice.

We were hoping to all go to church for the first time in weeks the next day, but when I saw Kierra, I knew it wasn’t going to happen. Her fever had returned and she was very uncomfortable. I kept her on Tylenol all day long, and we had a cozy relaxing day in our house. 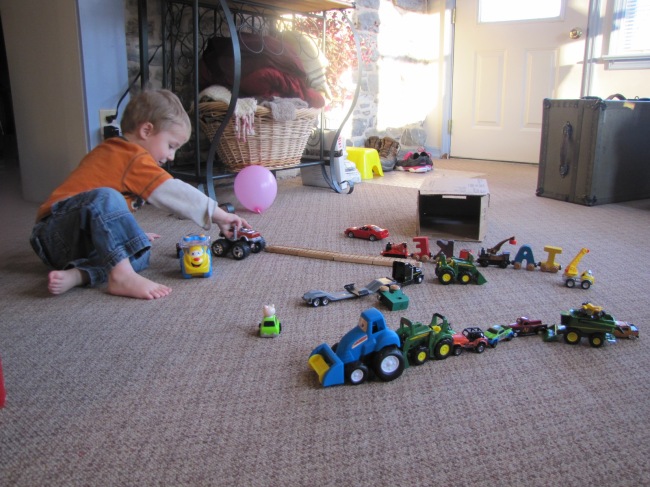 She had an OK night, but the next day, her fever still hadn’t broken. In fact, it got higher then ever. I called to The Clinic For Special Children and they worked us into their schedule so kindly. This is one of the last pics I have of her and I. We got to wear our matching scarves one time. It was so very very special.Crystal had given them to us when we were in the hospital a few weeks ago. They are so soft and fluffy. 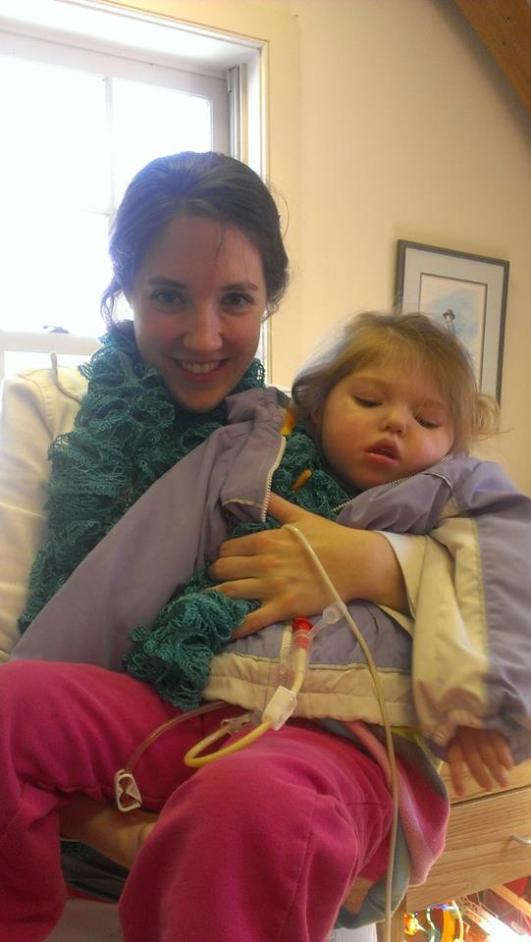 They checked her out very well at the Clinic, running several test, but finding nothing alarming that should be causing a fever. Her lungs didn’t sound too bad. They started her on an antibiotic to cover the bases of possible infection. We went home again,feeling relieved, but still concerned. 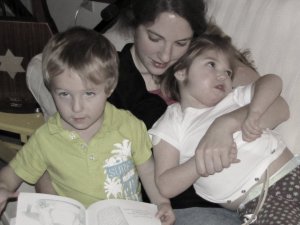 I’ll never forget Monday night. Amos and Roseanna (a couple from church) stopped by with some soup and cookies for us. I was holding Kierra in the big recliner most of the evening. She was still feverish and kept gagging/coughing. When Roseanna went out the door, she told Kierra Bye.

Kierra lifted her arm up in little wave. Believe me, kierra can be very stingy with her waves ! 🙂 But this night, fever and all, she was waving. Roseanna turned around at the door, came back in, and exclaimed over her waving and told her Bye again. Kierra was very pleased 🙂 She wiggled and squirmed and waved her arms some more.

A few hours later, I noticed her breathing had become very rapid. I was exhausted from the day, so Steve took a turn holding her in her room on the rocking chair. I hooked her up to her pulse oximeter. This measures the her oxygen level and heart rate. She was barely staying at 90% oxygen. I kept turning her machine’s flow up, but it didn’t really seem to help.

I sat on the floor, weak and beat. She needed help. But what could the hospital do for her that we couldn’t? They could give her a higher oxygen flow, but would all the stress of bright lights and commotion and probably IVs and blood work outweigh keeping her comfy at home? She WAS on an antibiotic. She had oxygen. She had tylenol and a comfy bed. We decided to stay home with her.

The night nurse came and I explained to her that she was requiring more O2 and had a fever. Again, nothing was too alarming. She had been this way before, but my heart just didn’t feel right  and I forced myself to go to bed, close my eyes and sleep. I needed energy for the next day.

Around 8:00 the next morning, Kierra started gagging, and vomiting a bit. She did it twice, and since she is not suppose to be able to vomit, due to a stomach surgery she had over a year ago, I was quite sure that something was wrong. There was always the possibility that her feeding tube was in the wrong spot. Her belly had gotten HUGE overnight. It felt to me like it was full of air. It looked so wrong. As soon as the Clinic opened, I gave them a call. They advised me to take her to Dupont, in Delaware for abdominal x-rays to check the position of the tube.

I hung up the phone, and sat there, holding my little girl, and I cried.

After I had my healing little cry, I dried my eyes, called Steve and yep, bawled a bit to him too. I was SO WORRIED. Then I called Linda to let her know Kobe was coming and what was going on. She offered that one of her girls could ride with me to help take care of Kierra on the hour drive. I sat on the couch and looked at my messy house. At my slpeeing Kierra in my arms with a bed head and no clothing, and at the piles of laundry to do.

Then I did something else I almost never do. I called the next door neighbor lady and asked if she could come help me get ready to go. I felt that overwhelmed. usually I like to do things myself. I just love dressing my children, putting on their coats, and going somewhere. When I have enough energy 🙂

She was over in no time with her two little children and lots of cheerful energy. She dressed Kierra while I piled our laundry together, threw some supplies in bags, turned down the heat, and grabbed Kierra’s med list that I had just updated the night before. In no time at all, we were in the van, headed to Deleware.

I’ll have to finish this in another post. Otherwise, you may be reading a LONG time. Not to mention that I need a little break 🙂

So see you round, my friends…