He was beautiful and perfect and I cried as I held him close on my chest for the very first time.

In the wee morning hours, Stephen and I had packed our bags and headed to the hospital to meet our little man. Ky had pulled the breech move on me a few weeks ago and although he had stayed turned down for two days, after some assistance from the Dr, we weren’t taking chances. His brother had flipped around more times then I cared to remember and we eventually turned him and immediately did an induction in order to avoid a c-section. That was the plan with this little guy as well.

The moon was high in the sky and the fairest morning hint was in the air as we left that Thursday morning. Spring freshness hung in the air, and early robins sang through the darkness. I breathed deeply in the refreshment and shivered with excitement and a little bit of apprehension. Today.

The last month had been hard. Harder then I expected. I may write more on that later, but my heart felt like it had stretched way beyond its comfort zone and I was ready to have the waiting period over. To meet this little man child who we had prayed and hoped and believed for.

14 hours later, we were holding him. And he was beautiful.

And I couldn’t stop from crying with the magnitude of it all. This was our child. The child I never thought we would have. The baby I had dreamed about, but never actually believed would come about. And here he was. All  six pounds, twelve ounces of him. All gangly legged and skinny armed with his head full of black hair. All big lunged and scrunched face and then all silent as I held him close and tears rolled down my cheek. It felt like he had found his home. Because he stilled and time  stilled and all I could see was this beautiful tiny head under my chin and he wasn’t crying and I was.

And suddenly, I realized, HE WASNT CRYING!! And I thought there must be something wrong! I wondered why the nurses didn’t grab him from me and do their thing they always do. But they let me hold him close. Let me weep a bit and hug him and revel in his tiny face all wrinkled and new and content in my arms in this big big world. And he wasn’t crying. And I was amazed and my heart was a puddle. My Stephen was close and whispered softly to me and our eyes met and there was joy and tears and love and gratitude all mixed together.

They took him gently then, and weighted and measured him. They put him under the warmer and he stretched and relaxed and stared around with huge new eyes. 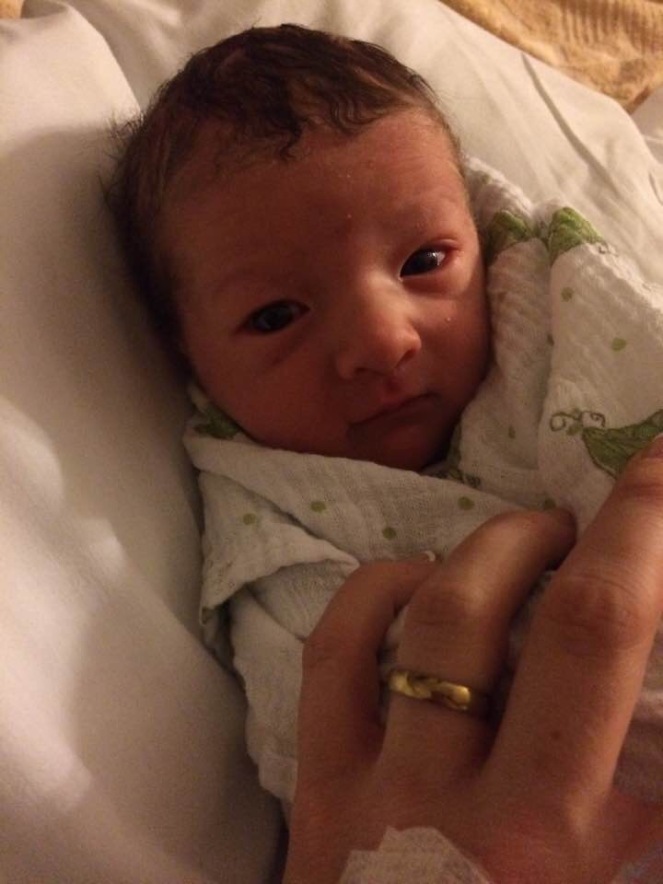 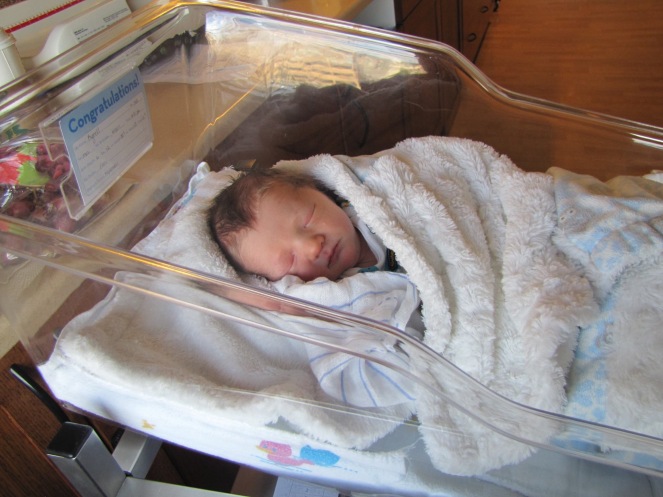 Kyrell Von Zephyn. We call him Ky. We actually had another name picked out for the little guy. A few days before his birth, we both scratched it from our list. While Kierra and Kobe both just happened to start with the letter “K”, we couldn’t quite break the tradition with our third child. My husband, who is great with naming our kids, said, “Kyrell. Why not Kyrell? And we can call him Ky.” Funny how many different ways there are of spelling such a short name. Eventually we settled on a spelling.

I had been hanging onto Hope through this pregnancy. It’s been the theme word of my 2017. Von means Hope. So We named him Von.

I had also been hanging onto the verses in Zephaniah. I had even stenciled them on the nursery wall.

Zephaniah means “hidden or treasured by God”. We shortened it to Zephyn. And that is how Kyrell Von Zephyn got his name. Packed full of promise and hope, this little man child joined our family.

My friend, Gracie gave me the sweetest gift of all…photos of that special day. I can’t wait to share some of her amazing shots with you! Until then, you’ll have a few of this new mommy’ shots…intoxicated with baby fever and newborn love!

Kobe came to see him that evening yet, and then again the next day. I felt like a million bucks when they both slept in my arms!

How is it possible to be so divinely blessed? So in love with my two little men?

We looked Ky over. There were unique things about Kierra that were stamped forever on our hearts. I looked for all of them. Were his feet curved? Was his neck thicker and his head flatter in the back? I honestly couldn’t see anything that was a sure enough sign. He seemed so healthy. He sucked well. He quieted. He slept. He lay quietly and calmly. He cried when he was hungry.

He was a good dream and I was having a hard time getting my mind around this amazing little man. We even got to take him home when he was just 24 hours old!

There are so many hugs from God we received over the past  month, and I want to share them with you. Because one of my favorite things is bragging on our big God and how amazing  He is! For now, I’ll tell you that Ky is healthy and although he is a carrier of NCS, he is not affected by it. I am literally spending every minute I can holding  him and reveling in the miracle of a new born. 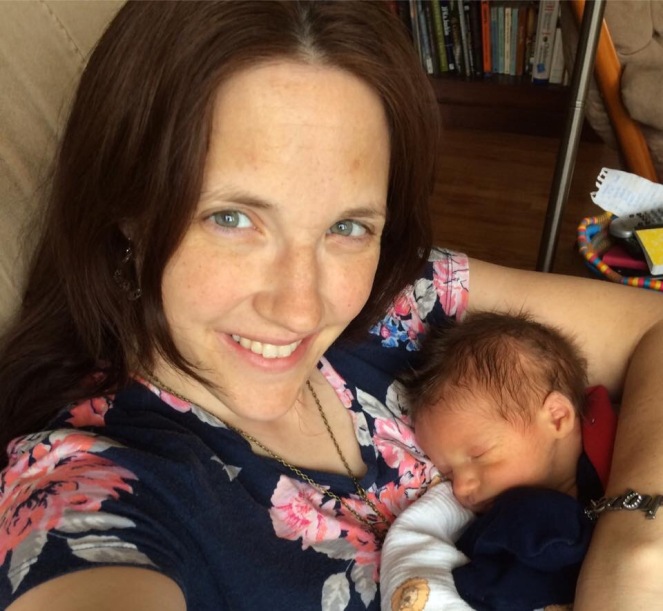 My three guys amaze me every day. And I am so beyond thankful and blessed! 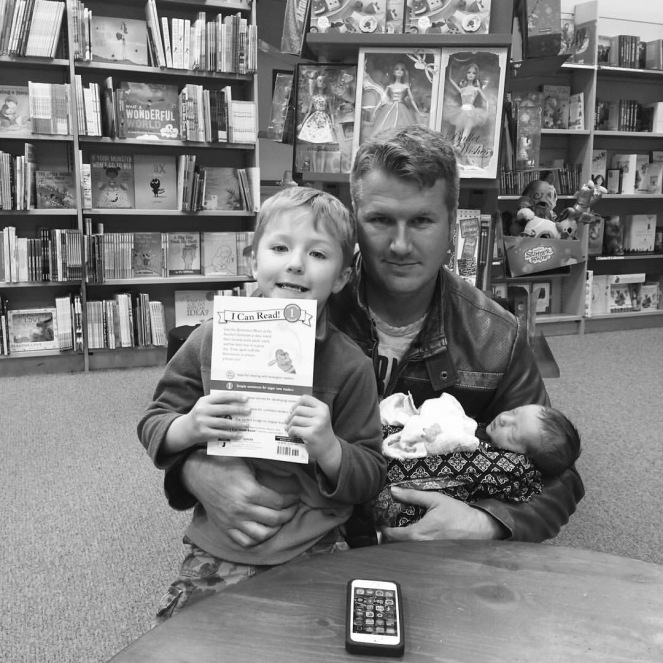 I hope Kierra can get a glimpse of her littlest brother from Heaven. I hope she knows how much I wish she’d be here to be his big sister. I miss her every day. My beautiful wildflower daughter. I’m also so very thankful that she is enjoying the finer things. The things we only dream of. She’s actually LIVING them. Right NOW!!!

WHEN PAIN CHOSE ME: choosing Jesus and color and laughter when life hurts
A Splash of Love....

On Finding Clarity in Chaos